Cardiff boss Neil Warnock praised the fighting spirit of his side after the 1-1 draw at Fulham kept them top of the table. 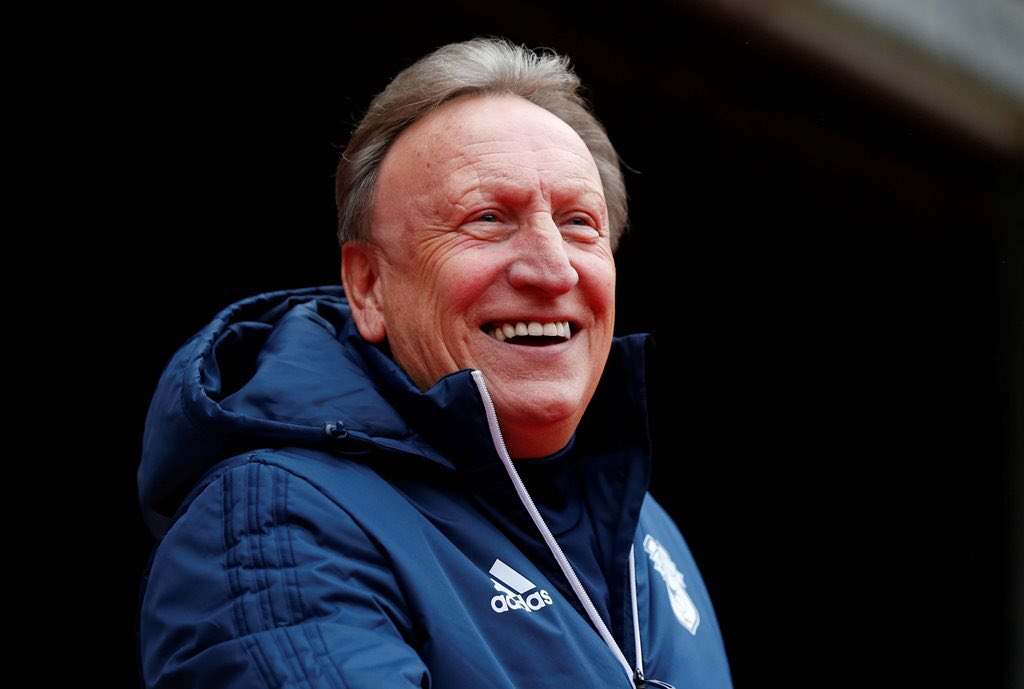 Substitutes Liam Feeney and Danny Ward combined for the latter to head home an 83rd minute equaliser which cancelled out Ryan Sessegnon’s earlier effort for the Cottagers.

END_OF_DOCUMENT_TOKEN_TO_BE_REPLACED

Cardiff City manager Neil Warnock has said that reaching the Championship play-offs next term would be a big reach with their current budget.

They are currently 17 points off the playoff spot this year as they are 12th on the log.

The Bluebirds struggled when the season went underway but under Warnock’s leadership, they have steadily risen through the log. They played a goalless draw with Wigan Athletic recently but they have been consistent overall.

“We need a few more goals, we need a few more options off the bench. It’s going to be a massive achievement for everybody at the club if we can get up there near the playoffs next season with the budget we’ve got and the amount we’re going to spend,” he coach told the BBC.

END_OF_DOCUMENT_TOKEN_TO_BE_REPLACED

Cardiff City defender Sol Bamba has been charged by the Football Association for his actions in the draw at Ipswich.

Bamba received a red card for his actions and he is poised to serve a two-game ban. However, the player could serve more match ban with the charge.

Jonathan Douglas roughly tackled Bamba, 31, during the game. The African reacted angrily, confronting the referee, fourth official and his manager Neil Warnock. Cardiff will ask for a personal hearing in light of the charge, Warnock claimed.

“We’re going to ask for a personal hearing. I think that’ll be done today,” Warnock said.

The club has until Friday evening to respond to the charge. Warnock admits that Samba behaved rashly but added that the club would contest some areas with the FA.

“We spoke to Sol yesterday and [Thursday] we looked at all the videos that the league have sent us and whilst we agree his conduct wasn’t right, we do have certain discrepancies in the report we find so we will be looking at a personal hearing for that,” the manager said.

Warnock added that the club would deal with the player internally later but was focused on dealing with the situation at hand. Warnock blamed the referee James Adcock for playing the advantage after Bamba was fouled.

END_OF_DOCUMENT_TOKEN_TO_BE_REPLACED

For the past few weeks, English football has been undergoing a series of corruption allegations which has even led to Sam Allardyce being removed from his managerial position in the English national football team.

Barnsley FC also had to remove their assistant head coach Tommy Wright as it was believed that he had taken payments in order to arrange for Barnsley to purchase part-owned players from a non-existent Far East firm.

Tommy Wright was initially suspended but after more investigations were done and everything appeared to have been indeed true, Wright was sacked a few days later.

Neil Warnock of Cardiff City is the latest figure of English football that has been involved with corruption scandals. These claims were made by Jason Puncheon who has worked alongside Neil Warnock in the Premier League a few years ago with Queens Park Rangers and with Crystal Palace.

Jason Puncheon recently released messages through his twitter account where he accused Warnock of doing things that are considered to be as dishonest and related to corruption.

Warnock responded by saying that all of these accusations of Puncheon were complete and utterly falseand it was later stated that the FA Commission had considered all of the messages and statements which were released by Puncheon to be unfounded without any real evidence.

Warnock said: “These allegations are completely and utterly false.The FA Commission considered all of the evidence in detail in 2014 and it found that the allegations which were published about me were unfounded. Any suggestion that the FA failed to investigate this matter is simply untrue’’

END_OF_DOCUMENT_TOKEN_TO_BE_REPLACED END_OF_DOCUMENT_TOKEN_TO_BE_REPLACED

The recently appointed head coach of Cardiff City, Paul Trollope has revealed details concerning his current squad as the English manager stated that every player has his price and that if the right offer comes along it could see just about any of his performers leaving the team.

Paul Trollope took over the managerial role of Cardiff City at the end of the 2015-16 English League Championship season when Russell Slade opted to take up the role of head of football in the club.

Russell Slade resigned from that role around 1 month later but Paul Trollope has remained in his managerial position.

Things have not kicked off the way that Paul Trollope or his players or the fans of the club would have wanted as Cardiff City have lost 2 matches and drawn 1 out of their 3 opening games of the 2016-17 English League Championship season which kicked off a few weeks ago.

END_OF_DOCUMENT_TOKEN_TO_BE_REPLACED 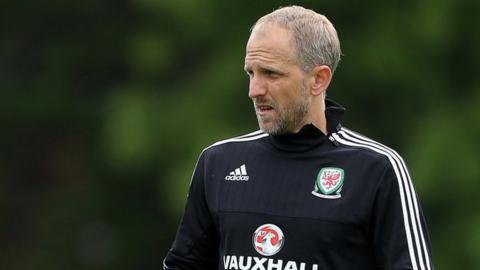 END_OF_DOCUMENT_TOKEN_TO_BE_REPLACED

Cardiff City football club manager, Russell Slade, is unsure of his future as his side missed out on the Championship play-offs.

The Bluebirds lost by three nil at Sheffield Wednesday this past weekend leaving them seven points adrift of the top six with one game left in the season.

The current contract of the coach is due to lapse at the end of this campaign but when asked if he expects to be in charge next season, Slade told BBC Sport:

“We’ll see. At the end of the day, it will be the owners’ decision.”

The coach may have overseen an unlikely Championship play-off this season but the truth is Slade has not been accepted by some Cardiff fans. Gary Hooper scored two goals as Sheffield Wednesday sealed their play-off place at their expense. The former Leyton Orient boss said:

“We’ve made progress. It’s my job, the team’s job and the staff’s job now to see if we can take that even further.

“We’ve made progress under difficult circumstances at times. We are going the right way.

“We had a bad day at the office today. We have to get over that. They always happen in football – it’s how you respond and react.

“I still believed we could get in that top six today and take it to the last game. Anything could’ve happened, but it’s not to be.”

He also added that their poor away record affected them this season but hopes they win their last game. He said: